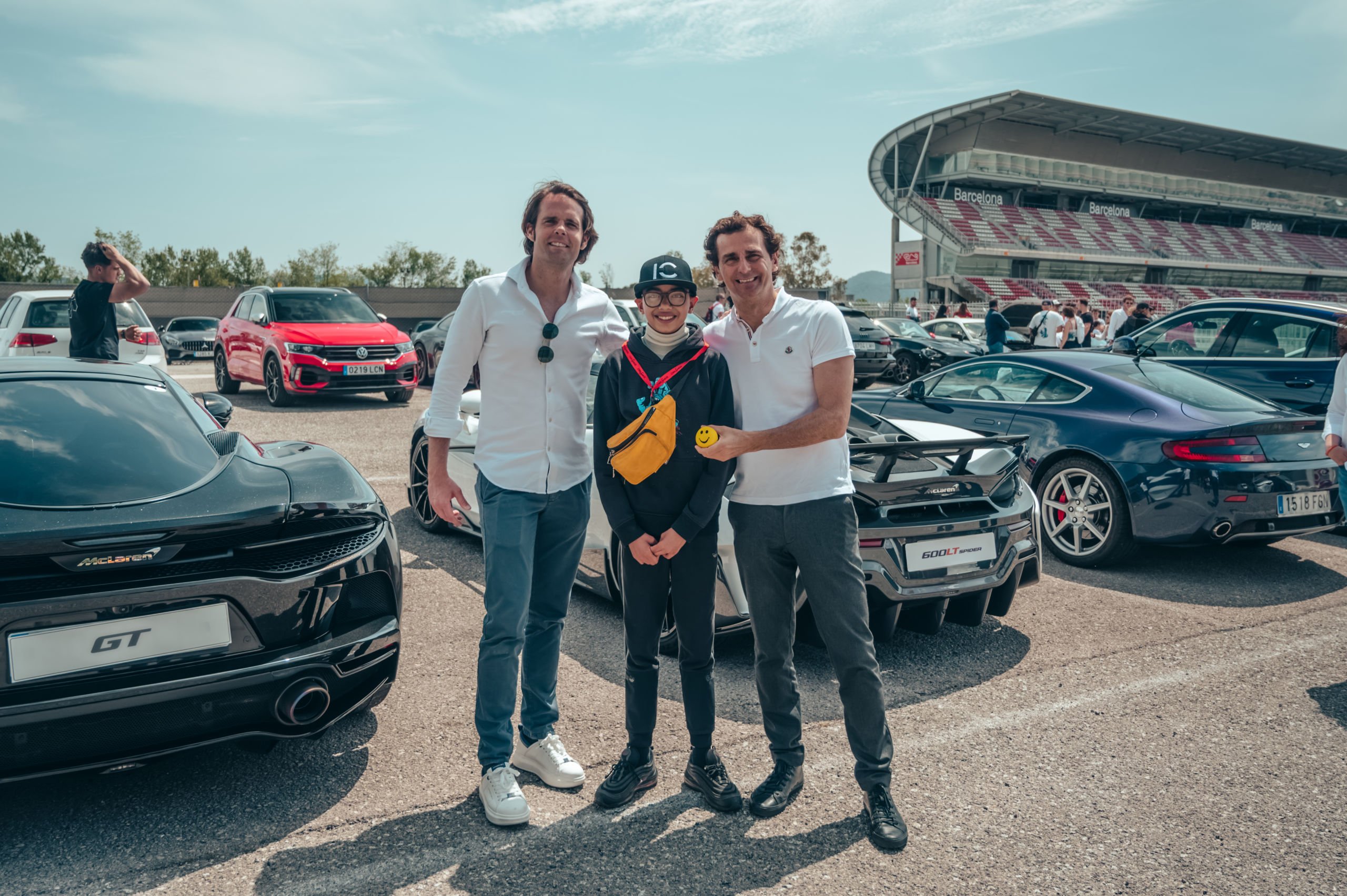 Cars for Smiles Barcelona, ​​​​on Saturday, April 30, 2022, more than 200 people gathered around sports vehicles from legendary brands at the Barcelona Catalunya circuit.

The event, which was held for the sixth year in Barcelona (after 2 years without an event due to the pandemic), once again we brought together 50 teenagers and as many drivers with their super cars, owners of legendary brands such as Aston Martin, Bentley, Ferrari, McLaren, Jaguar, Maserati, Lotus or Porsche. They were joined by family members, volunteers and directors of sponsoring and collaborating companies.

The purpose of this project is to create enthusiasm and smiles for young people who suffer from serious or chronic illnesses, as well as to provide support to their families and the people who are dedicated to their care. In addition to providing them with a unique and motivating experience, the money raised through the donations made by the drivers (owners of the vehicles) will be destined 100% to projects or improvements in the hospital facilities in which these young people are undergoing their treatments.

The day began at 9:30 a.m. with the presentation of the Cars for Smiles project and a breakfast in the Ball Room of the Hilton Diagonal Mar Barcelona Hotel, with an opening act where we had the magician Adan Xou and the VIPs and professional pilots Andy Soucek and (former F1 Driver) Pedro de la Rosa. The caravan of, little over 50 vehicles, left the Hilton Diagonal Mar in Barcelona. From 1:00 p.m. to 2:00 p.m., several rounds of filming and experiences aboard the supercars took place at the Barcelona Catalunya F1 Circuit, with the participation of young people as co-drivers. The event continued with a lunch within the Paddock on the same circuit, and closed in the afternoon with a farewell cocktail at the Hilton Diagonal Mar Hotel.

The hospitals and foundations that collaborated with this edition of C4S in Barcelona were: Hospital Sant Joan de Deu, Fundación Johan Cruyff and Fundación Anima.

In each edition Cars for Smiles supports a project of the hospitals or foundations who collaborate with C4S with the registration of the co-drivers. This year the collection of 7,500 euros will go to the Superbox project of the Anima Foundation.

Superbox, are boxes made of a resistant material that cover the serum bags with the medication that hospitalized children receive. You can put illustrations, photos, motivational messages, etc.

It is being implemented in the Vall d’Hebron Hospital in the pediatric building, in the Parc Taulí Hospital in Sabadell and through this economic boost, the foundation will take the Superbox to public hospitals, such as the Germans Trias i Pujol Hospital in Badalona, the General Hospital of Granollers, etc.

Cars for Smiles has generated a positive impact in the cities of Barcelona and Madrid since its inception. Apart from the event, it has been able to raise more than 40,000 euros giving support to more than 8 entities. 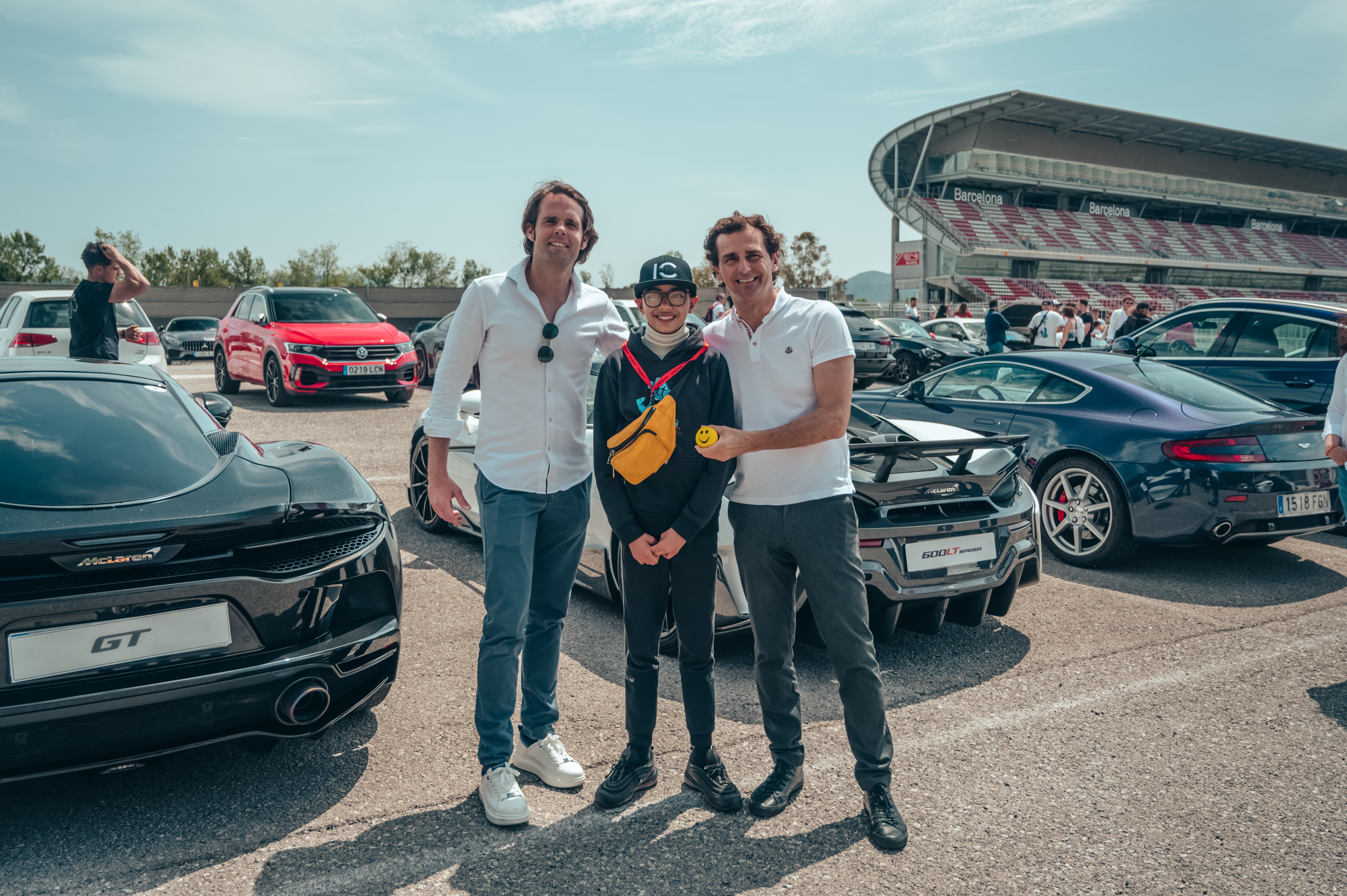 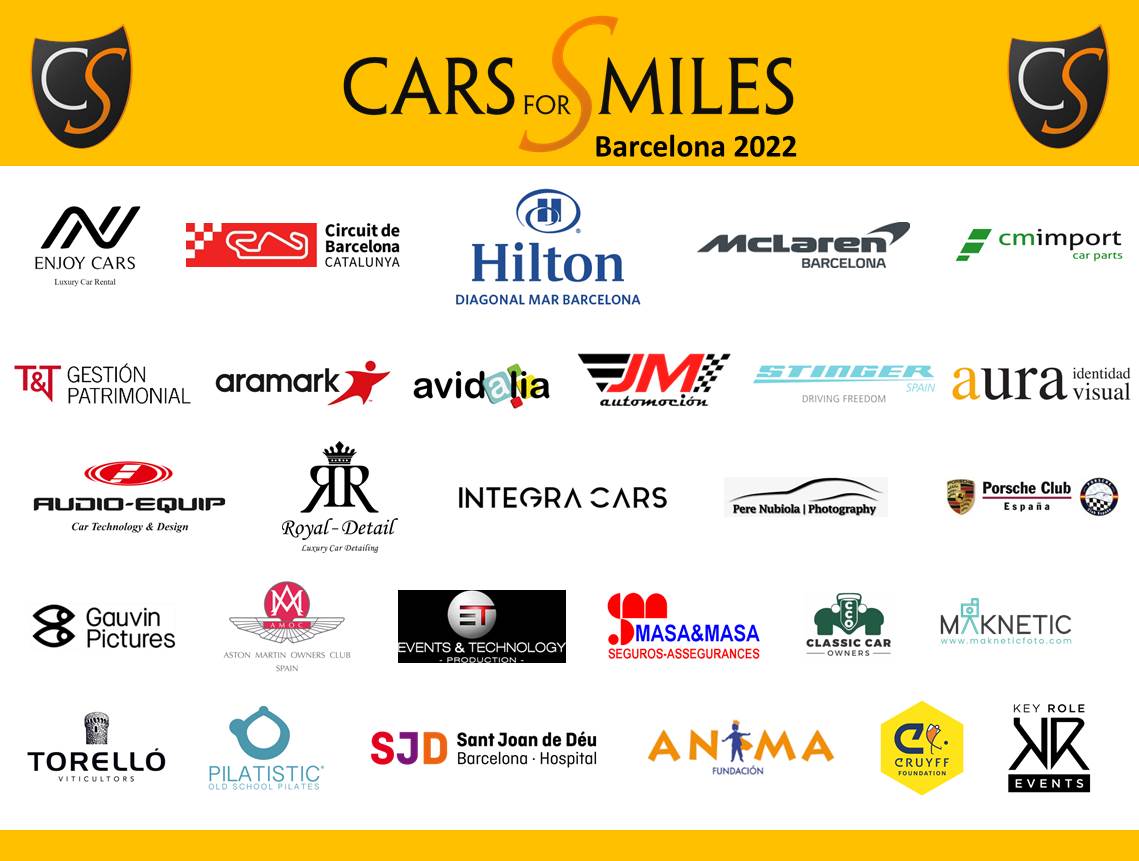 We use cookies on our website to provide you with the most relevant experience by remembering your preferences and repeat visits. By clicking "Accept", you agree to the use of ALL cookies.Read more
Manage cookiesACCEPT
Cookie consent

This website uses cookies to improve your experience while you navigate through the website. Out of these cookies, the cookies that are categorized as necessary are stored on your browser as they are essential for the working of basic functionalities of the website. We also use third-party cookies that help us analyze and understand how you use this website. These cookies will be stored in your browser only with your consent. You also have the option to opt-out of these cookies. But opting out of some of these cookies may have an effect on your browsing experience.
Necessary Always Enabled
Necessary cookies are absolutely essential for the website to function properly. These cookies ensure basic functionalities and security features of the website, anonymously.
Others
Other uncategorized cookies are those that are being analyzed and have not been classified into a category as yet.
Advertisement
Advertising cookies are used to provide visitors with relevant marketing campaigns and advertisements. These cookies track visitors across websites and collect information to provide personalized ads.
Analytics
Analytical cookies are used to understand how visitors interact with the website. These cookies help provide information on metrics the number of visitors, bounce rate, traffic source, etc.
Performance
Performance cookies are used to understand and analyze the website's key performance indexes, helping to provide a better user experience for visitors.
Save & Accept
Powered by